it is stated Lord Nityananda Prabhu showed Srila Jiva Goswami in a vision the future TOVP by ISKCON  , if that what so important as seeing Navadvipa in it is original spiritual form ,is questionable ,but if we  have a look in the Navadvipa Parikrama book of that vision given to Srila Jiva Goswami it is clear it it the Yoga pitha  birth place of Lord Caitanya …
Continue

PAMHO
AGTSP
One foolish person that joined in ISKCON Nigeria has spoken much foolishness against Sri Garga Samhita ,it is my duty to speak out.

kathādiṣv iti gargaḥ
Word for word:
kathā-ādtiṣu — for narrations and so on; iti — so; garga — Garga Muni.
Translation:
Garga Muni says that bhakti is fondness for narrations about the Lord, by the Lord, and so on.
this is from Narada Bhakti Sutra spoken by Sri Narada Muni
Srila Garga Muni was the…

Bhakti Vikas Swamis Brahmacari book demonize the grhastha asrama ,it is no doubt a very important book ,but he makes it sound like being a grhastha is almost as bad as being a homosexual this is a huge offence.Sannyasis often think I am the greatest , I am as good as God .Let them think this way ,this is the problem in Kali yuga.False ego .Grhastha asrama does not mean you have to be in maya almost all Lord Caitanyas associates where grhasthas, but Lord Caitanya asked all…

According to the Vaiñëava regulative principles, one must be initiated as a brähmaëa. The Hari-bhakti-viläsa (2.6) quotes the following injunction from the Visnu -yämala:

"'Unless one is initiated by a bona fide spiritual master, all his devotional activities are useless. A person who is not properly initiated can descend again into the animal species.'"

PAMHO
AGTSP
Some have accused my Gurudeva of given diksa to devotees already initiated in ISKCON on this Video around 13 minutes 16 seconds he is asked about a devotee that was reinitiated by him that was previously a disciple of Goal Krsna Maharaja ,immediately he responds he should not be.…

PAMHO
AGTSP
I am so happy that bingo hall was closed by the IRS at ISKCON NY ,there used to be cigarette smoke coming from the Bingo hall into the temple room ,but everyone was just thinking we are making money , I was angry because Radha Govinda is residing there why offend Sri Sri Radha Govinda and Srila…
Continue 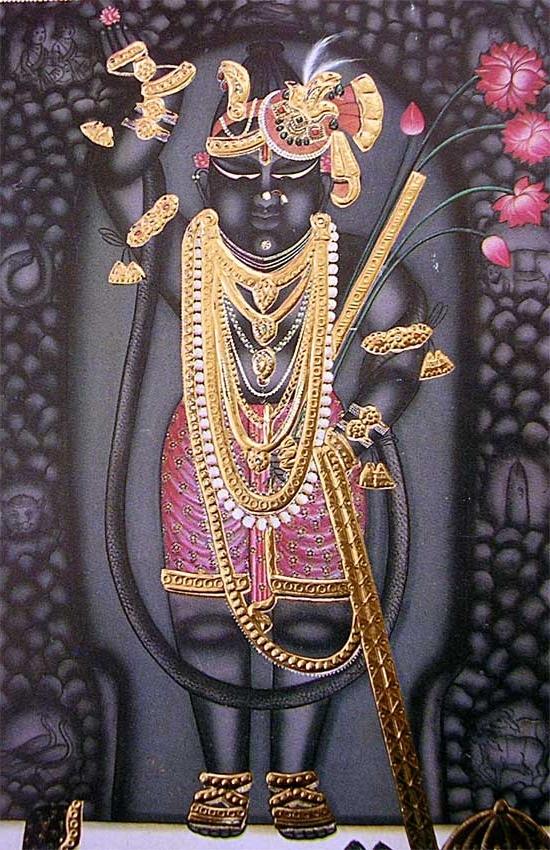 This Gopala Raja stotra by Srila Raghunath das Goswami is a very important prayer to Sri Gopala also known in this world as Sri Nathaji
, I believe Kusakrata Prabhu tried to translate this prayer as he is the only devotee I know have tried to translate Stavavali, however…
Continue

Once in the South in the town of Pandharpur, a very learned brahmana by the name of Devashyama lived. He was able to perform all kinds of fire sacrifices. He also knew the importance of receiving guest. And by his…

A bonafide Guru can liberate the disciple that follows properly this is the meaning of the first sloka of the Samsara prayer ,those who want to be liberated from samsara should take to chanting 64 rounds daily given by Lord Caitanya , otherwise they will still be on fire by the samsara fire of birth and death
Lord Caitanya always engaged in Kirtana rasa that is the meaning of the second sloka and all bonafide spiritual masters also engaged in this way,However Srila…

http://www.harekrsna.de/artikel/krishna-karnamrita.htm
The nectar for which I am always anxious…

I caught part of the Bhagavatam class this morning from ISKCON LA ,here is a comment to Svavasa Prabhu question if someone will actually hit their head on a rock in seperation of Lord Caitanya.

what is that  mad stage of love of God? :

Bhagavad Gita examination for chapter one here are the correct answers

Bhagavad Gita examination for chapter one here are the correct answers :
1 What was in Dhrtarastras mind when he inquired from Sanjaya?
answer :Dhrtarasta was worried that the holy place of Kurusetra may somehow purified and his son and give up their enemity against the Pandavas and that the Kuruksetra war then would not take place
2 What was Duryodhanas purpose in speaking to Dronacarya ?
answer:
Duryodhana wanted to point out the defects of Droṇācārya. Droṇācārya had…

Copra nama and offences to Sri Giriraja at ISKCON Potomac

PAMHO
AGTSP
one young devotee came up to me at Govardhana puja at ISKCON Potomac and proudly told me she walked on Govardhana hill ,this is the kind of mentality that angers me, you should not be proud to step on Giriraja that is a great offence , how can some new bhaktin think she is a liberated soul and it is ok to step on Govardhana , it angers me that ISKCON management so often fail to train devotees…
Continue