Subject: Commentary by Sri Sridhara Swami of Rudra Sampradaya: to Bhagavad Gita 13,1 and 2

Subject: Commentary by Sri Sridhara Swami of Rudra Sampradaya: to Bhagavad Gita 13,1 and 2

In verse seven of the previous chapter Lord Krishna declares sammuddharta mrtyu-samsara sagarat meaning saves them from the perpetual cycle of birth and the death which is like an ocean because in a day of Brahma every human being has approximately 43,000 separate births and life cycles. So the figure is astronomical if one calculates how many human lifetimes transpire in a only year of Brahma’s… 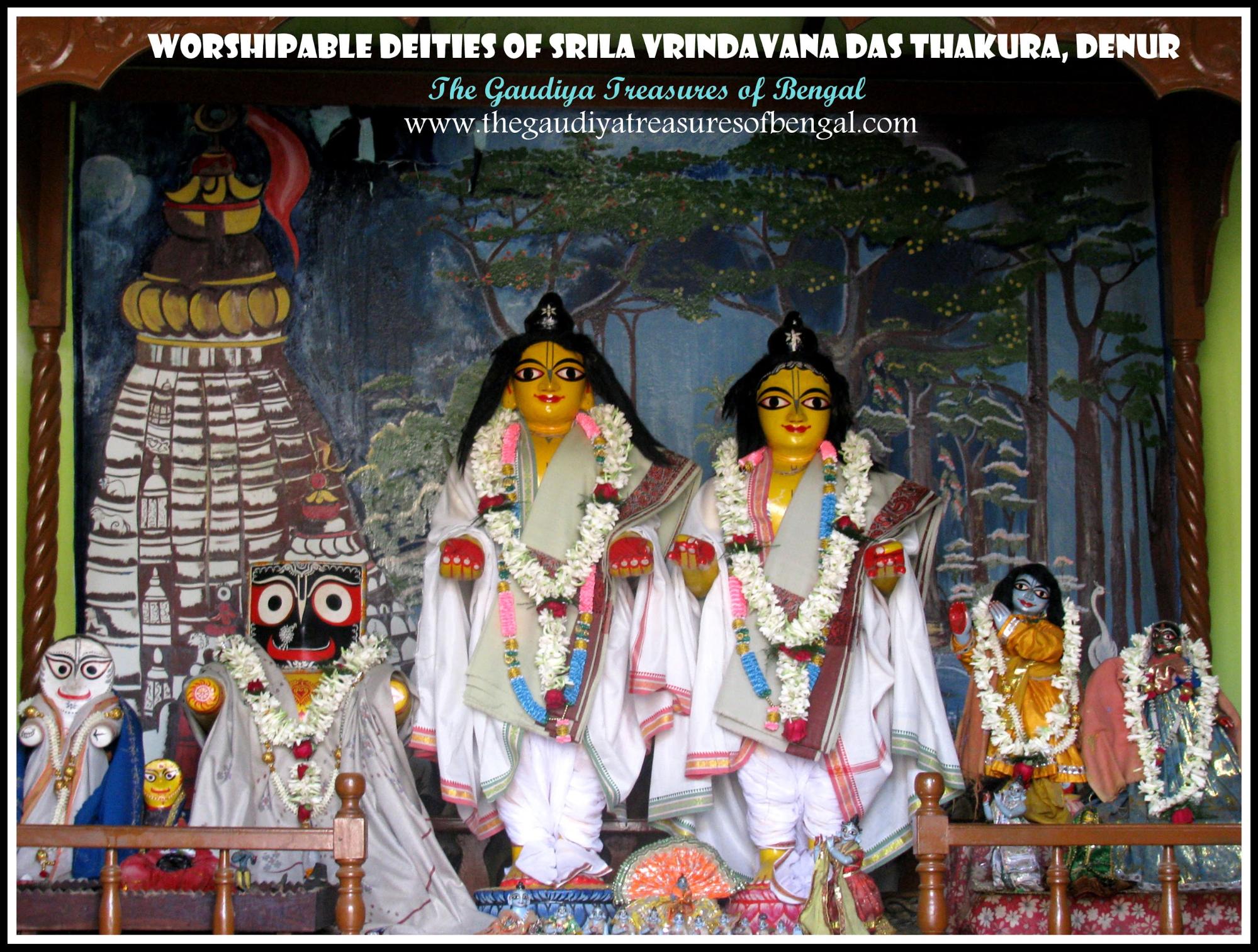 from a website about Srila Vrindavana Thakura
Birthplace of Srila Vrindavana Das Thakura, Mamgachi, Navadvipa (Modadrumadvipa)
mamgachi“What one attains by travelling to all the holy places is attained just by remembering the transcendental abode of Navadvipa” –
Navadvipa Dham MahatmyaSri Kavi karnapura reveals in his Gaura ganoddesha…

from celibacy to Lila Smarana

Dandavat pranams
All glories to Sri Guru and Gauranga
I was thinking about the verse SB 9.19.17 .even the great sage Saubari Muni though he fully absorbed in Sri Krsna fell temporary down from devotional service due to an offence to the lotusfeet of Garuda.He was sitting under water in the Yamuna in Vraja Mandal Area but had no sadhu sanga, so when he saw the fish copulate somehow due to mayas influence he developed a desire to become a grhastha . 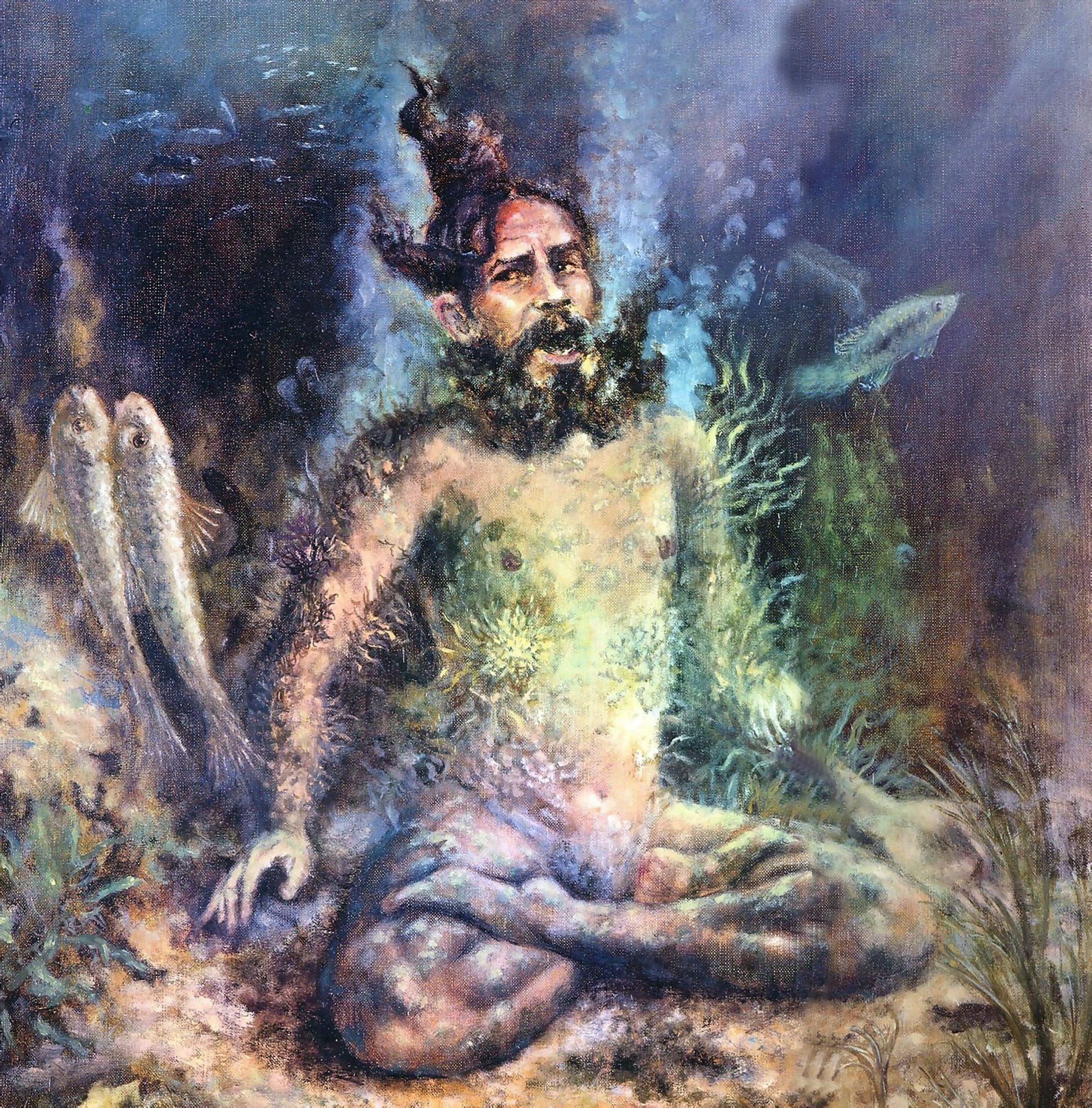 SB 2.2: The Lord in the Heart
SB 2.2.1 — Śrī Śukadeva Gosvāmī said: Formerly, prior to the manifestation of the cosmos, Lord Brahmā, by meditating on the virāṭ-rūpa, regained his lost consciousness by appeasing the Lord. Thus he was able to rebuild the creation as it was before.
SB 2.2.2 — The way of presentation of the Vedic sounds is so bewildering that it directs the intelligence of the people to meaningless things like the heavenly kingdoms. The conditioned souls hover in…

Vallabha Bhatta is who in Krsna lila ? Gaura Ganodessa Dipika states he is the incarnation of Srila Sukadeva Goswami , the worship of Sri Gopal the presiding Deity of Govardhana was given to Sri Vallabha Bhattacarya and his sons continued this worship in Rajasthan when Sri Gopal left Vraja due to the muslims treats.Sri Gopal is thus known as Nathadvara as He resides
in Nathadvara ,Rajasthan

from Bhakti-ratnākara:
One hot summer’s day, while Rupa Gosvāmī was writing…

SB 1.17: Punishment and Reward of Kali

SB 1.17: Punishment and Reward of Kali
SB 1.17.1 — Sūta Gosvāmī said: After reaching that place, Mahārāja Parīkṣit observed that a lower-caste śūdra, dressed like a king, was beating a cow and a bull with a club, as if they had no owner.
SB 1.17.2 — The bull was as white as a white lotus flower. He was terrified of the śūdra who was beating him, and he was so afraid that he was standing on one leg, trembling and urinating.
SB 1.17.3 — Although the cow is beneficial because one…

How Bhusundi became a crow sage before going back to Godhead

Bhusundi was born in Ayodhya and always worshipped Lord Siva but neglected worship of Lord Ramachandra ,his Gurudeva was a great Rama Bhakta but always respected Lord Siva also , his Guru told Bhusundi to please worship Lord Ramachanra but he never listened and would often make offences to his Gurudeva.One day he worshipped Lord Siva and when his Guru came he showed him no respect and even ignored him ,Lord Siva cursed Bhusundi to become a python because he was to lazy to pay obaisences to…

Lord Shiva said. “My dear Parvati, now I will relate to you the glories of the Ninth Chanter of Srimad Bhagavad-gita.

There was a town of the name Mahismati on the bank of the Narmada River, where one brahmana of the name Madhava lived. That brahmana very strictly followed all the injunctions of the Vedas, and possessed all the good qualities of the brahminical class. Due to his being so learned, he…

Lord Shiva said, “My dear Parvati, now I will tell you the glories of the Seventh Chapter of the Srimad Bhagavad-gita, hearing which, one feels his ears have been filled with divine nectar.

Pataliputra is the name of one large town, which has many large gates. In that town lived a brahmana of the name Shankukarna He had taken to the occupation of a businessman, and had…

"In order to keep the gopis in Vrndavana satisfied, Lord Balarama stayed there continually for two months, namely the months of Caitra and…

rabhupāda:
prajahāti yadā kāmān
sarvān pārtha mano-gatān
ātmany evātmanā tuṣṭaḥ
sthita-prajñas tadocyate
[Bg. 2.55]
Now, for the last few days, we were discussing these symptoms, symptom of the person who is situated on the platform of pure consciousness. So this is... We, we should remember that this is spoken as the basis of when we attain the stage of perfection, the symptom. It is not that we have already attained that perfection. Of course, some of you…