dear devotees
Please accept my humble obaisences
All glories to Srila Prabhupada
It is very clear from reading the paper about Ramanavami some devotees wants to please their senses before the Lord . http://www.dandavats.com/?p=60200 Bhagavad-gita As It Is Lectures
If Kṛṣṇa remains in His virāḍ-rūpa, then it will be very difficult to capture Him. Kṛṣṇa remains in virāḍ-rūpa, but He becomes arcā-vigraha, a small deity, so that everyone can worship Him at home.
Lecture on BG 4.15 -- Bombay, April 4, 1974: These are the six businesses for the brāhmaṇa class. They should be highly educated, paṭhana, highly learned, and pāṭhana, and they should educate others also. But if he is not educated, how he will educate…

when you leave Vrindavana you Vrindavana consciouness is 80 percent gone?

I was reading your article :Why Krsna left
you write :
In taxi, as you leave, as you reach the highway, it is 80% gone. And in the airport, then abroad, it is very difficult to keep the sweetness of Vrndavan. But as a person taking a lot of photographs I can’t fail to notice that outside there is no life, while in Vrndavan all the trees, landscapes are alive.

The Faults You Find May Be Your Own

We go to judge in the case of others: �Why should he receive all this mercy? He has got so many defects, so many disqualifications, an opposing attitude. Why should he be accepted or given any chance?� But we want mercy for ourselves: �Don�t come to judge me because then I have no hope, my Lord.�
This is jnana-sunya-bhakti, �If you come to judge me, I have no hope. Please grant Your…

The senses, the mind and the intelligence are the sitting places of this lust. Through them lust covers the real knowledge of the living entity and bewilders him.

Thus the wise living entity’s pure consciousness becomes covered by his eternal enemy in the form of lust, which is never satisfied and which burns like fire. 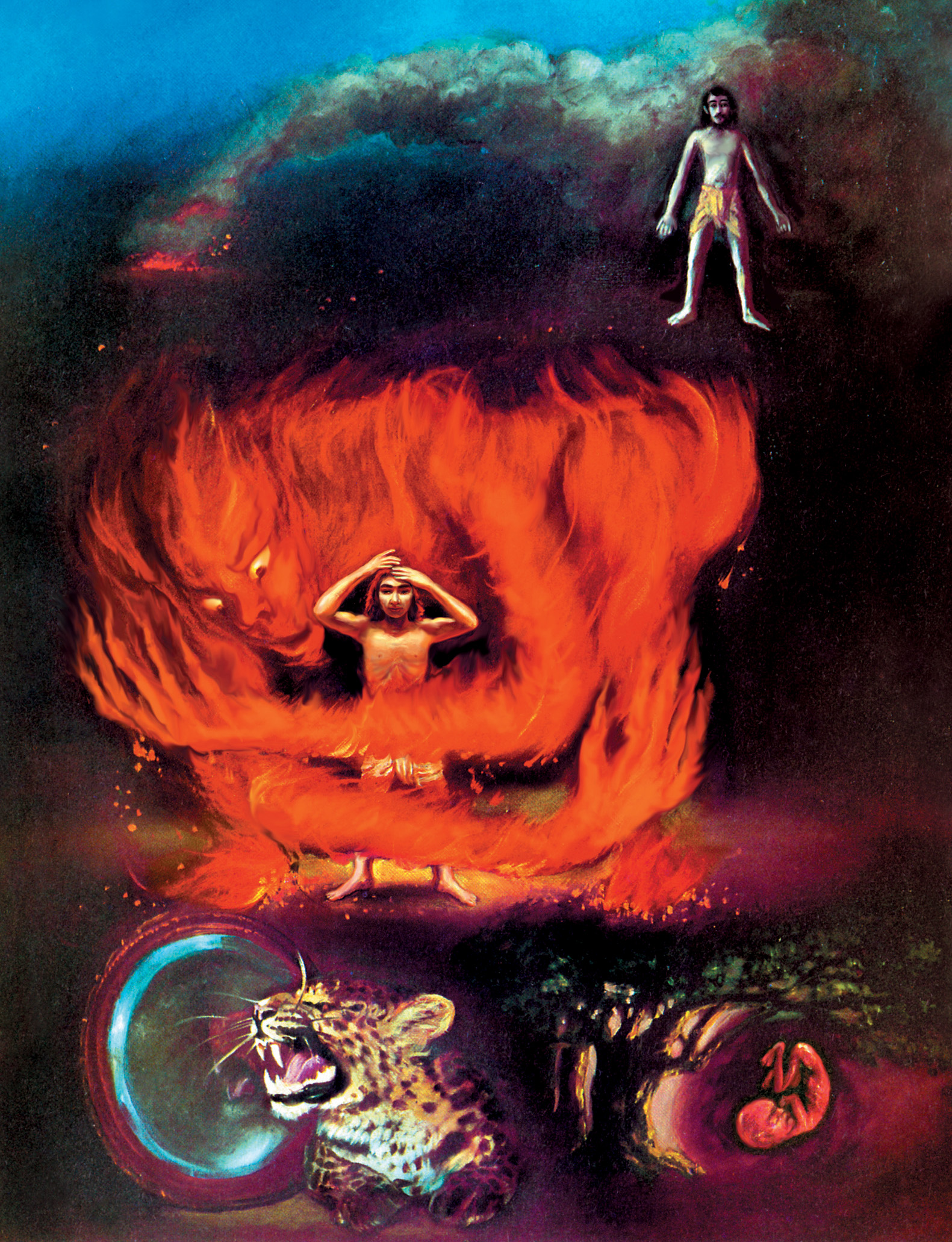 Stuti-mukhe vastu-nirdesa-rupa-mangalacaranam
In the Beginning an Invocation of Auspiciousness and a Description of the Contents of These Prayers
1 Let us glorify the boundlessly merciful Supreme Personality of Godhead, the prince of Vraja. To taste the intoxicating sweet waves of the nectar of transcendental love for Krsna, as…

Srila Sarvabhuma Bhattacarya is the incarnation of Brhaspati the Guru of the demigods as explained in Gaura Ganodessa Dipika he was Indias leading Mayavadi untill Lord Caitanya taught him the Atmarama vers from Srimad Bhagavatam and made him a vaisnava this is all lila of course, these 108 names of Lord Caitanya can be chanted daily and are especially recommended for Gaura Purnima .…