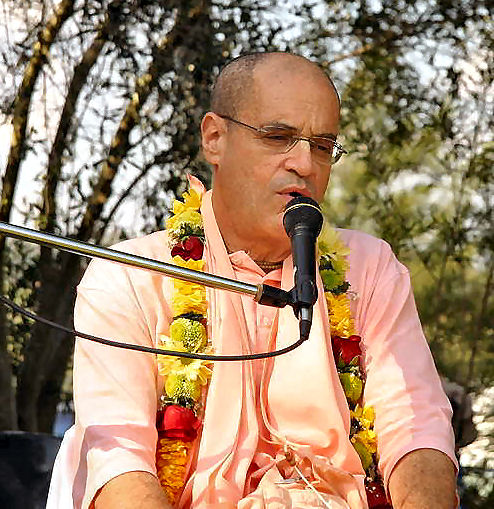 Dandanvats posted a video about Navina Nirada and book distribution, he joined at a young age and has been distributing lots of Srila Prabhupada's books, especially in Switzerland along with Harinamananda Prabhu who joined before him. Sadly he abandoned his wife and kids , some years back his ex-wife posted how Navina Nirada never supported her or their children when they got divorced.I thought it was sad. Chanakya Pandit has said : . As gold is tested in four ways by rubbing, cutting,…

the real Anuttama is anti book distribution and purity in ISKCON

interesting to see Krsna Seva Prabhu and Yajna Purusha and Hladini Sakti Prabhus distributing Srila Prabhupadas books in the New York Airports I was also doing that in 1989 and 90 ,but Anuttama das was never a help to book distribution in Washington DC, when I distributed books to Chelsea Clinton ,he stated that should not be done..What ? ?? Such a nonsense, well Chelsea Clinton read the books and shared them with her…

Mahaduyti Swamis bad example
dandavat pranams
All glories to Srila Prabhupada
all glories to Sri Guru and Gauranga
Today some fresh memories about Mahaduyti Swami's past as being a TP of ISKCON Soho street, London came to my mind. I was serving there for most of 1996 as Bhakta Leader
Asrama Leader and Sankirtana leader and I guess as Temple Commander as well, one day some Mataji's and Prabhus told me, this one Mataji is going to meet with a Karmi guy every day and…

"I am the senior devotee "ISVARA AHAM Aham Bhogi
Since I joined ISKCON I saw this attitude right away, I recall discussing Sri Isopanisad and SSR with a Brahmin initiated Prabhupada disciple and he has not understood some of the concepts in both book, I was a new Bhakta so coming back from Stockholm from preaching I was explaining to him and he was asking me questions. but if he will tell everyone that this 2 month old Bhakta understands Srila Prabhupadas books better than me and I have…

So 11 years ago when I was last in ISKCON Dubai one disciple of Jayapataka Maharaja asked me about Madhumangal so I wrote him :

My dear Bimal Prasada Prabhu
Please accept my humble obaisences
All glories to Srila Prabhupada
You have asked me again and again to explain more about Madhumangala.I have promised you that after we took darshan of Sri Gopala (Sri Nathaji) in Dubai,
so I have to keep my promise and this is a very dear subject so writting this will also be…

On ISKCON Desire tree is a wrong definition given of Krsnas Sakhas :

On ISKCON Desire tree is a wrong definition given of Krsnas Sakhas :
Four kinds of sakhas
Posted by Gourab Saha on June 23, 2012 at 1:14pm
1. Suhrid Sakha: They are older than Krishna. Balaram is the leader. They always try to protect Krishna. They consider Krishna is fit for their protection. Also they try to protect Krishna By holding arms.
2. Sadharan Sakha : They are the ordinary Sakhas, they are a little younger than Krishna, they lovingly serve Krishna by performing…

Suresh das is a total nonsense

Srila Prabhupada once told me in my dream you can not trust any of my disciples, I have no idea why I had this dream of Srila Prabhupada, even I do not feel this way , Sureshvara das posted something to misrepresent me on Sampradaya sun :
Paramananda das Has No Answer

does Hare Krsna Jews promote irreligion? ?
Not all but some do, Hrdayananda and Bir Krsna is allowing Homosexuals and lesbians to be married,
ISKCON performs the first Hare Krishna gay marriage ceremony in Brazil - Akincana Gocara

why do we have to have a Jewish Sodom and Gomorrah in ISKCON ?

Subject: Re: what happened on day one of the Battlefield of Kuruksetra ?

Subject: Re: what happened on day one of the Battlefield of Kuruksetra ?

Subject: what happened on day one of the Battlefield of Kuruksetra ?

what happened on day one of the Battlefield of Kuruksetra?
Well first we have Arjuna hearing the whole Bhagavad Gita from Sri Krsna, sadly the whole Pandava and Kaurava Army are not listening to that private conversation, Krsna and Arjuna and in Hastinapure thanks to Sanjya, the disciple of Srila Vyasadeva, Dhrtarasta also hears the…

Well some of Srila Prabhupadas very first disciples were of Jewish background that included, Garga Muni, Brahmananda ,Tamal Krsna Maharaja ,Jadurani ,Bhurijana ,Jaydvaita Swami, Puskara Prabhu, and so many devotees. I am not Anti Semitic , I grew up in Denmark which is almost the only country in Europe where the Government saved the Jews even under Nazi occupation.
What Hitler did was criminal, racist ,unethical, and demoniac and you name…

accepting a Guru by Srila Bhaktivinoda Thakura and my comments

When to reject a Guru

I realized many years ago Harikesa was dishonest, he had no Sadhana, he was materialistic, he told the GBC many times he wanted to get married though he was a sannyasi , he left with millions of dollars stolen from ISKCON and married his own female disciple ,he was her third husband, I told the GBC in 1996 Harikesa would fall down, they were to ignorant to listen to my good advise, I also knew since 1979 Harikesa was dishonest with money , and the selling of his…

Lord Nityananda would often stay in his home and accept food from his hand.…

"Shri Mahesh Pandit, the seventh of the twelve gopalas, tasting Krishna prema, used to dance like a madman to the sound of a huge kettledrum." Especially dear to Shri Nityananda Prabhu, he traveled and preached with the Lord. He established Deities of Nitai-Gauranga, Radha Madana Mohana, Radha Govinda, Gopinatha.

In Vraja lila he serves Krishna-Balarama as the cowherd boy, Mahabahu. His samadhi is in the 64 Samadhis Area.

The Disappearance day of Sri Devananda Pandit is observed on December 29th.

The scholar Devananda Pandit knew the meaning of all the Puranas. Previously, he was bhandari Muni, the scholar in Nanda Maharaj's court. Gaura-ganoddesa-dipika 106

Sarvabhauma Bhattacharya's father was named Mahesvara Visharada. Mahaprabhu visited his house, which was situated on an embankment.…

the lesson to be learned from Shikhandi

Shikandi was Princess Amba of Kasi in his previous life and set to marry Salva when Bhisma kidnapped her and her two sisters for marrying Vichitavirya ,but because she was set on marrying Salva who we all know was a demon ,and when Salva rejected her , her only option on marrying was to marry Bhismadeva, who refused since he had taken a vow of celibacy , and Lord Parasurama even fought Bhisma to make him marry ,but Bhisma won  .Sometimes your so-called superiors in ISKCON may also be set you…

my relationship with Srila Narayana Maharaja