Bhagavad Gita 2.58..Lord Kurma has "incarnated "in this sloka 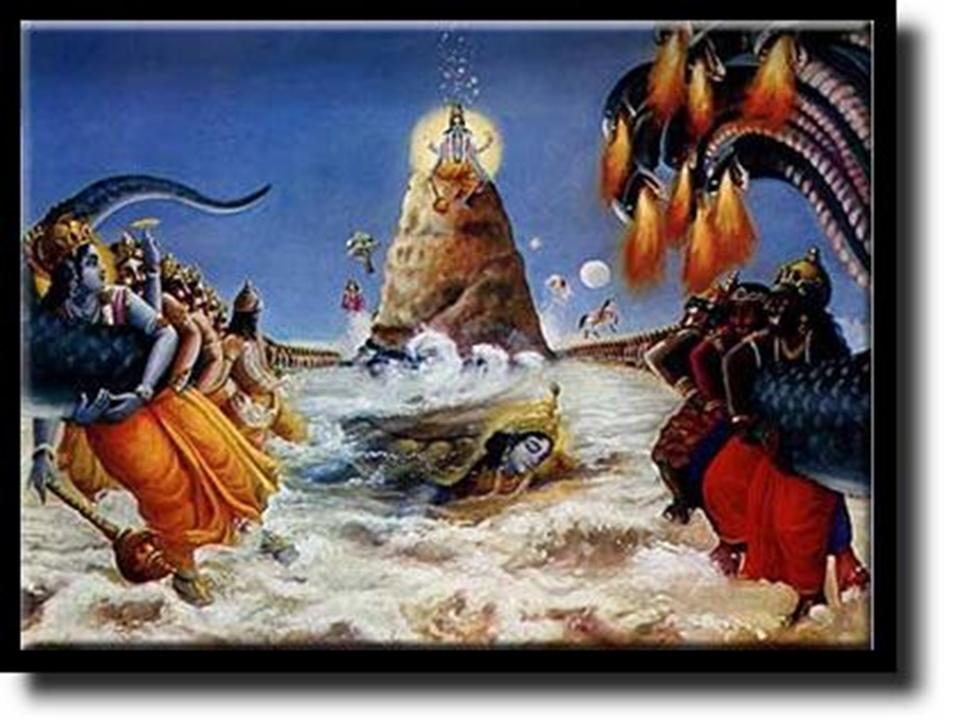 Pranams to my Gurudeva and Srila Prabhupada and our Guruvarga

One who is able to withdraw his senses from sense objects, as the tortoise draws its limbs within the shell, is firmly fixed in perfect consciousness.

The test of a yogi, devotee, or self-realized soul is that he is able to control the senses according to his plan. Most people, however, are servants of the senses and are thus directed by the dictation of the senses. That is the answer to the question as to how the yogi is situated. The senses are compared to venomous serpents. They want to act very loosely and without restriction. The yogi, or the devotee, must be very strong to control the serpents—like a snake charmer. He never allows them to act independently. There are many injunctions in the revealed scriptures; some of them are do-not’s, and some of them are do’s. Unless one is able to follow the do’s and the do-not’s, restricting oneself from sense enjoyment, it is not possible to be firmly fixed in Krishna consciousness. The best example, set herein, is the tortoise. The tortoise can at any moment wind up his senses and exhibit them again at any time for particular purposes. Similarly, the senses of the Krishna conscious persons are used only for some particular purpose in the service of the Lord and are withdrawn otherwise. Arjuna is being taught here to use his senses for the service of the Lord, instead of for his own satisfaction. Keeping the senses always in the service of the Lord is the example set by the analogy of the tortoise, who keeps the senses within.

This verse answers the question, "How does he sit?" (kim asita)

He withdraws his senses such as the ear from the objects of the senses such as sound. Stopping the movement of the independent senses towards the external objects, he establishes them without movement within. This is the "sitting" of the person situated in prajna. An example is given. He does so, just as the turtle fixes his senses such as mouth and eyes within himself by his will.

Further it is stated that when one withdraws his senses from the objects of the senses such as the ears from sound, the eyes from sight, the tongue from taste and so forth then one becomes steady in wisdom. Regarding the effortless manner in which this withdrawal of the senses is to be enacted is indicated by the example of a turtle withdrawing its limbs within its body.

Lord Krishna gives the analogy of a turtle which withdraws its limbs inside. Similarly when one is able to keep their senses from pursuing sensual objects of mundane pleasure by withdrawing the senses inside and who also consciously reflects upon the soul within, such a one is sthita- prajna situated in the perfect knowledge of transcendent meditation. There are four stages in developing to this platform each of which develops backwards from its preceding stage. The difficulty in following this is revealed by Lord Krishna in the next verse.

Lord Krishna answers the question, How does such a one sit? With the word yada meaning when, when one is in meditation they do not let their senses go out, for example like the following of sounds by the ear and compels the organs of action to perform only the basic functions of utmost necessity. The illustration used is of the turtle which out of fear of something protects itself by drawing its limbs and head inside its shell. After the danger passes the turtle again lets out its limbs again and in a controlled manner continues on its way. In the same way one who is sthita-prajna situated in the perfect knowledge of transcendent meditation acts thus.

Madhvacarya
There is no commentary for this verse.

Srila Prabhupada has given 2 lectures on this sloka:(rather including this sloka)

“May you all be protected by the winds caused by Lord Kurma’s breathing in His sleepy condition, which was due to the pleasure derived from the scratching of His back by the sharp-edged stones lying on massive whirling Mandara Mountain. Those inhalations and exhalations are still present in the form of ocean tides that never cease.”

Srila Bhakti Siddhanta Sarasvati Goswami Prabhupada has written in his explanation of this verse:

“Very high waves are continuously striking against the shores of the ocean of birth, death and the threefold afflictions with great force. There is no cessation of the strokes and counter strokes of the tides. May that Supreme Lord, whose air of inhalation and exhalation creates these powerful strokes and counter strokes of tides, protect the readers. The Vedic scriptures provide the realisation of Truth in the hearts of the living beings through the breath of the Supreme Lord Kurma, and thereby remove their ignorance.
“The breathing of the Supreme Lord’s descent as Kurmadeva in the sleepy condition represents the sense gratification (bhoga) and sense detachment (tyaga) of the living beings. But if the breath of that Adhoksaja Supreme Lord Kurma bestows mercy, then that breath protects the conditioned souls from sense gratification or sense detachment. May that Supreme Lord Kurma protect fortunate souls from the grip of non-spiritual cognition with the continuous effect of His eternal spiritual breath. The transcendental itching sensation caused by the scratching of the pieces of stones of Mandara Mountain on the back of Lord Kurmadeva made Him sleepy. This bliss of His sleepiness frees the conditioned souls from fear and anxiety. Conditioned souls who consider God to be of stony character are far away from the realisation of God’s relationship of worshipped and worshipper (visaya and äsraya). May this breathing of the Supreme Personality of Godhead act to pacify the itching sensation of argument within the minds of the conditioned souls. May the appearance of Lord Kurma and the efficacy of His pastimes blow within the hearts of the conditioned souls like a favourable breeze, and alleviate the itching of their tendency for material enjoyments.”

“O Kesava! Due to holding up the world, a large round sore-like mark has been made in the wide expanse of Your back. O Lord of the universe! O Lord Hari, who have assumed the form of a tortoise! All glories unto You!”

In Deity worship this mantra is chanted to purifie ones asana, Lord Kurma is worshipped as the adhara sakti that upholds all planets ( as does Lord Anantadev):

“For the asana-mantra, the rsi(sage) is Meru-prstha, the chandah (meter) is Sutala and the Presiding Deity is Kurma. ‘O Goddess Earth! You are supporting all living beings. O Devi, you are being supported by Lord Visnu. Therefore, please support me always and purify this asana.’ ”

Lord Kurma is described to hold up the Earth,that in return holds up and maintains all living beings residing on her, according to their karma.

This Purana was spoken by Lord Kurma to Narada Muni that later narrated it in Naimisaranya to Suta Goswami and the sages assembeled there.

In Kali yuga we are mostly so dull and lazy and have little interest and patience to study and understand the Puranas, thus the focus is given to the Amala Purana

In the Srimad Bhagavatam 6 canto ch.8 vers 17 (Narayana Kavacha) a prayer is offered to Lord Kurma to protect us from falling to hellish planets:

May Lord Kurma protect us to always withdraw our senses from things not favorabel for pure devotional service to Krsna.May Lord Kurma bless us to engage in

pure devotional service to Krsna along with Sri Radha in Vrindavan.

There is one holy place related to Lord Kurma near Jagannatha Puri, known as Kurma ksetra ,I have had the blessing of Lord Kurma to once visited this holy place

Lord Caitanya visited this holy place this is recorded in the CC:

CC Madhya 7.113: When Lord Śrī Caitanya Mahāprabhu came to the holy place known as Kūrma-kṣetra, He saw the Deity and offered prayers and obeisances.

CC Madhya 7.114: While at this place, Lord Śrī Caitanya Mahāprabhu was in His usual ecstasy of love of Godhead and was laughing, crying, dancing and chanting. Everyone who saw Him was astonished.

CC Madhya 7.115: After hearing of these wonderful occurrences, everyone came to see Him there. When they saw the beauty of the Lord and His ecstatic condition, they were all struck with wonder.

CC Madhya 7.116: Just by seeing Lord Caitanya Mahāprabhu, everyone became a devotee. They began to chant "Kṛṣṇa" and "Hari" and all the holy names. They all were merged in a great ecstasy of love, and they began to dance, raising their arms.

CC Madhya 7.117: Always hearing them chant the holy names of Lord Kṛṣṇa, the residents of all the other villages also became Vaiṣṇavas.

CC Madhya 7.119: After some time, when Lord Śrī Caitanya Mahāprabhu manifested His external consciousness, a priest of the Lord Kūrma Deity gave Him various offerings.

3) May I always visit all the holy places associated with the lila of Lord Caitanya and His devotees.

There is a very important purport by Srila Prabhupada about this holy place at:http://vedabase.net/cc/madhya/7/113/en

Also Srila Prabhupada has given a wonderful lecture on Srimad Bhagavatam 1.3.16

this is part of this lecture:

Churning. Once upon a time they churned the whole ocean. Now, churning the ocean... You have got experience, churning the milk in a pot or something else in a pot. But the pot is the ocean, the Pacific Ocean, and the rod is Mandaracala Hill. And one side, the asuras, and the other side, the suras. So the churning rod must be placed on something, a pivot. That is kamatha-rupena. Lord accepted the... Because the kamatha, the tortoise can live within the water and without the water also. They can live on the land and within the water. So the churning rod, Mandaracala Hill, was placed on the shell, on the back of the... Kesava dhrta-kurma-sarira. Ksitir iha vipulatare tisthati tava prsthe. This prstha, he is carrying.

This Kurma, kamatha-rupena. Now, the surasura-gana, they are standing on the ocean. If you go up to your waist in the water, you become dangerously situated. But they were standing. This proves the law of relativity. Everywhere this law of relativity is working. You do not think, because you cannot stand in the midst of the water of the ocean, therefore nobody can stand

May Lord Kurma bless us all ,He has incarnated in this sloka as a devotee remembers Lord Kurma by simply hearing the word kurmo.
your humble servant
Paramananda  das