Sannyasa Abhimana so much for our great American Sin Yasis !

Sannyasa Abhimana so much for our great American Sin Yasis !
I got gayatri mantras in 1981 and his disciples later ,but he thought unless I get them from "His Divine Grace "Niranjanan Swami that my gayatri mantras where of no use .I once chanted my gayatri mantras after mangal artik and he wanted to correct me ,because I chanted mine in 1 minute and he takes 5 minutes, so I showed him how he is simply spacing out and chanting them to slowly.I used to be in traveling sankirtana in Germany in 1982 we had to always do things fast and in a rush because that is how the German sankirtana devotees where , so I chanted my gayatri mantra even faster .False ego is a very tricky thing
Most devotees do not know the deep meaning of Gayatri such as the Brahma Gayatri. I complained to the GBC over Niranjana Swami demoniac pride .While I would worship Salagrama and Govardhana silas daily and unknow to him chant 48 to 64 rounds daily ,he only 16 I would go on bookdistribution daily ,I was mostly number 1 for years in book distribtuion in ISKCON Boston ,now that temple is so dead not a single devotee goes out on bookdistribution they are all so dead in this temple now ,eating sleeping and passing stool
But temples are meant for bookdistribution .After Niranjana Swamis disciples had illicit sex in the Boston temple I decided not to come back .This was going on for years in ISKCON Boston always someone falling into illicit sex 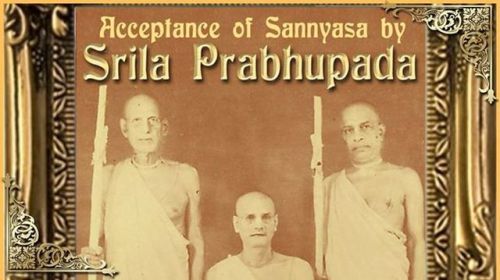