"I am the senior devotee "ISVARA AHAM Aham Bhogi
Since I joined ISKCON I saw this attitude right away, I recall discussing Sri Isopanisad and SSR with a Brahmin initiated Prabhupada disciple and he has not understood some of the concepts in both book, I was a new Bhakta so coming back from Stockholm from preaching I was explaining to him and he was asking me questions. but if he will tell everyone that this 2 month old Bhakta understands Srila Prabhupadas books better than me and I have been in ISKCON for 6 years. and saw Prabhupada and took Diksa from him ,then what will others say?

After 6 months in ISKCON I wanted to help start ISKCON in Denmark so I would go out daily on book distribution and the Grhastha couple with me was Prabhupada disciple but they were to lazy to go out even one day a week on bookdistribution they stayed all day in our tiny flat temple.,I did not say anything ,I realized soon many devotees were like this just looking for comfort as much as possible as long you do not have to distribute Prabhupadas books to me anyone who is going out distributing Srila Prabhupadas books his whole life at least he is doing the right thing.Women that come to ISKCON mostly have little to zero interest in book distribution though there are some rare example,but mostly many do nto last in this service it is hard there are lots of politics in the temples and people in the temple get envious,because they realize they are not doing anything really ..same time we have to keep our humility .
In 1981 this one idiot Ravi das was made TP , he is a Prabhupada disciple , and found his wife Lilasakti on Sankirtana ,he fell down with her and married her, luckely she actually became a devotee and helped translate the Bhagavad Gita as it is into Danish .But Ravi was having problems with illicit sex and falling down with many women .Harikesa never corrected anyone, how could he ? He himself was not chanting Japa ,I never seen him chant so I do not believe he chanted,he never attended Mangal Artik and he kept telling GBC he wanted to get married though Prabhupada had given him sannyasa..on top of this was these nonsense records, and Srila Prabhupada wrote do nto sell records sell my books ,Ravi das was falling down with several matajis in the temple and he did not even allow a full morning program.Things were so crazy in ISKCON Denmark, luckely I got send to ISKCON Germany where things were much more established, to this day ISKCON Denmark is the most low class temple in all of ISKCON ,full of politics and neophyte nonsense.
I will spare the details, so all this I am a senior devotee.Bhavananda and Satadhanya runs around still in Mayapure and plays the role of so-called senior devotees, what have they done ? Had sex with boys and men in Mayapure..where is the GBC ? WE HAVE NO GBC IN ISKCON ,because there are no brains to administer ISKCON laws and standards.. 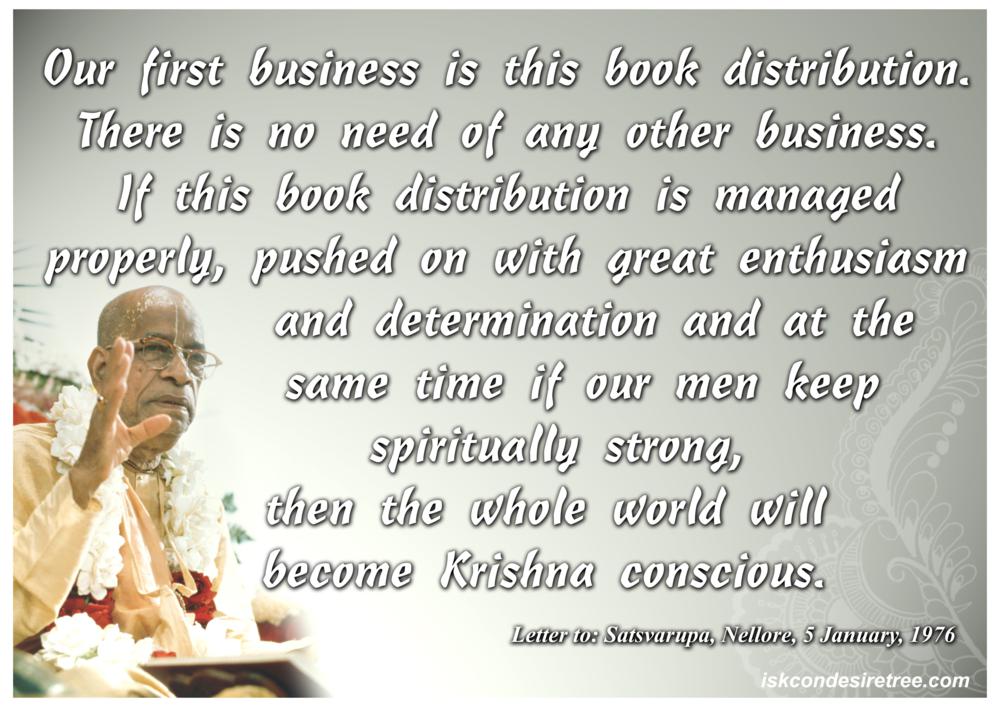 these rascals now make women into GURUS, GBCs and TPs.Kirtananda even made women sannyasis so they could go an have sex with other male sannyasis..I have seen a female sannyasi give Devamrta Swami dressed in Monk rope foot massage ..after all this rascal only joined ISKCON so he can try to become GOD..no you can not trust these so-called senior devotees..why more than 50.000 devotees worldwide joined Srila Narayana Maharaja ? Because they had bad experience in ISKCON and with the many cheap bogus iSKCON Gurus, now in ISKCON you can be a sannyasi still after you had sex with your own female disciple like in the case of Satsvarupa ..so why should you trust any of them .YOU CAN NOT TRUST Srila Prabhupadas disciples all they want is money and power and sex ,they can not give you any Bhakti and if you think they can you are a big fool ,Srila Prabhupada told me in my dream DO NOT TRUST A SINGLE OF MY DISCIPLES. he told me like this it was not just a dream ...if you can not chant 64 rounds daily ,the snot is running from your neophyte nose you are not up to standard 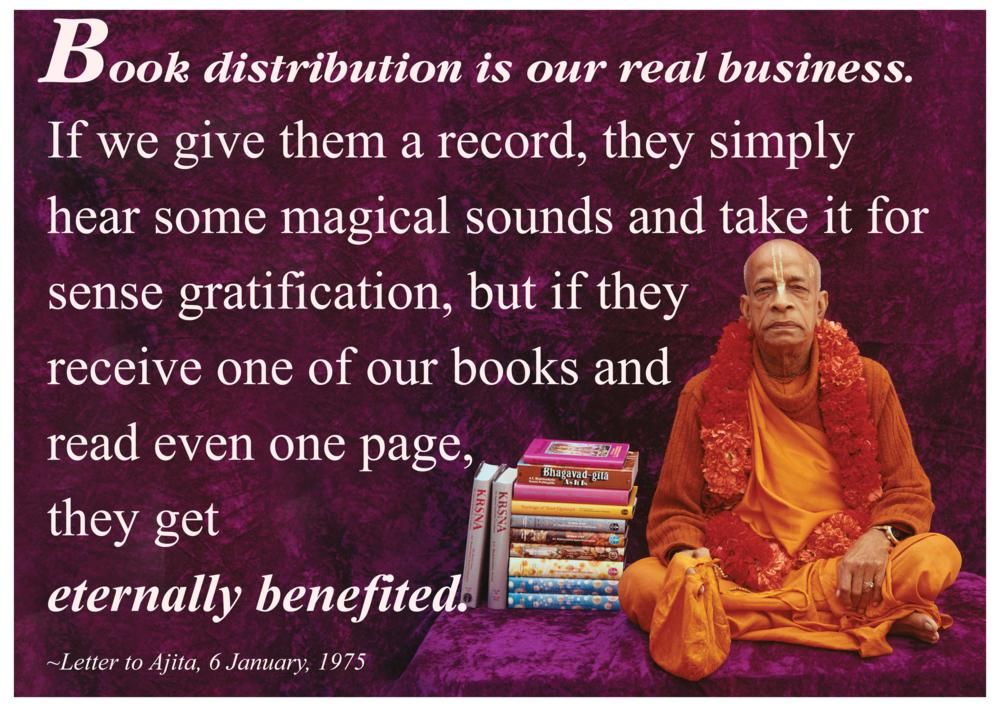 I am the senior devotee means ISvara Aham Aham Bhogi Sidhavan Balavan Sukhi
Almost 100 percent of all Prabhupada disciples sleep in the same room as their wife.Srila Prabhupada himself said any devotee sleeping in the same room as his wife IS HAVING ILLICIT SEX..BAS .. In ISKCON LA , devotees like SUra das grapped Prabhupada
Acarya das by the neck because some shop keepers told our Brahmacaries some of the householders of your community comes here regularly and buys concoms ...He was banned from life ...trust Srila Prabhupada do not trust his disciples ,that is what I have seen in my life ..
If you want to take initiation from any Guru that only chants 16 rounds or less daily (as 90 percent of ISKCOn Gurus do not chant 16 rounds daily ) then go ahead, but you should chant 64 rounds daily and so should your Guru otherwise you both a neophyte snot noses : Whipe of the snot and start chanting 64 rounds daily
Shrila Narottama dasa on Laksha Naam

From Prema-vilasa Chapter 17: Shrila Narottama to Shrila Kaviraja on the direct process to achieve love of Krishna:
prabhura achaye sankhya tina laksha nama;
eka laksha bhaktagane kaila kripa dana.
"Lord Gauranga Mahaprabhu standard was to chant 3,00,000 names everyday. But He very mercifully awarded His devotees the process of chanting a minimum of 1,00,000 names of Krishna daily.
shri rupa kaila laksha granthera varnana;
tathapiha karila laksha nama grahana.
"Shrila Rupa Goswami has explained and quoted from over 100,000 different scriptures. Even though he was such a great scholar and devotee he himself chanted 100,000 Holy Names daily.
dasa gosvamira ache laksha pramana;
ei mata sarva bhakta kare harinama.
"Shrila Raghunatha dasa Goswami also rigidly followed the instructions of Lord Gauranga by chanting 100,000 names daily. In this way all the devotees chanted the Holy Names of the Lord daily without exception.
gauranga shrimukhe rupe kahila vaishnave;
laksha nama sankhya kari avasya karibe.
"Lord Gauranga gave the following instructions to all the Vaishnavas Himself and also through Shrila Rupa Goswami: Please compulsorily chant 100,000 names of Krishna daily."
SHRILA NAROTTAMA AND HIS FOLLOWERS:
yakhana avasara takhana layena harinama;
ei mata laksha sankhya achaye pramana.
"Whenever they used to get an opportunity throughout the day, all of the devotees used to chant the Hare Krishna maha-mantra. In this way they used to complete the chanting of 100,000 Holy Names of the Lord daily.
From Prema-vilasa Chapter 18: Shrila Narottama instructs his disciples:
adhanya manaye narottama apanake;
suna sishya bandhugana kahiye tomake.
"Shrila Thakura Narottama considering himself worthless in his natural humility, called all his disciples, followers and friends, and spoke to them the following important instructions.
MOST IMPORTANT FINAL INSTRUCTION:
prathamei krshna-pada prapti laksha jara;
se laiba laksha-nama sankhya apanara.
"Those whose top priority in this life is to achieve the lotus feet of Lord Gauranga-Krishna should voluntarily chant 100,000 Holy Names of daily."