Glorification of Srila Narayana Maharaja from his Vyasa Puja this year

dear devotees
Dandavat pranams
All glories to Srila Prabhupada
All glories to the lotusfeet of my Gurudeva Srila Bhaktivedanta Narayana Maharaja
all glories to the lotusfeet of Sri Guru and Gauranga
In ISKCON I went to so many Vyasapujas of my former ISKCON Guru (that fell down)  I always left with an empty feeling , I have seen many Vyasapujas in ISKCON for ISKCON Gurus and though there is lot of sentiments and devotion,I honestly speaking have never been impressed by any of them .I like Srila Prabhupadas Vyasa pujas always though the offerings sometimes are sentimental and not deeply philosophical .I found this below offering to my Gurudeva from this year I was truely amazed of the level of KC .Another thing is also in Gaudiya Math Pancamrta is never used for the Guru as he is jiva tattva or if yo uwant to call him Gurutattva is fine also .Pancamrta is only used for Gaura Nitai, Radha Krsna and Visnu Murtis . 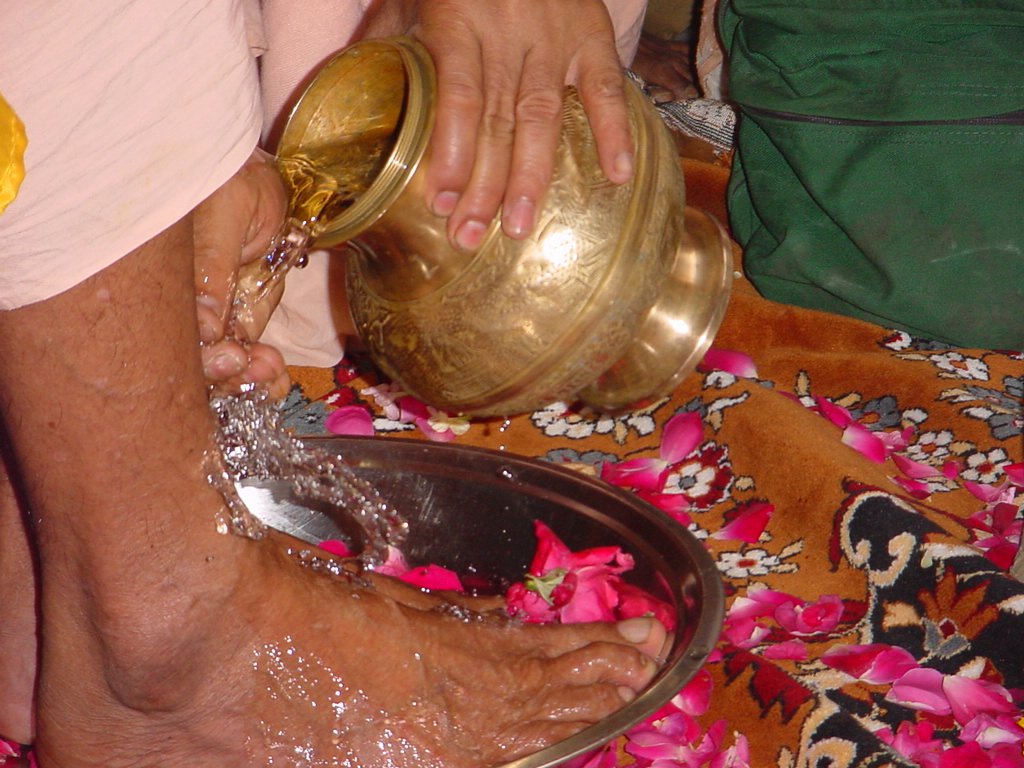